Edward Kulemin’s Cash Register Poems are presented in a simple 3×5.5″ single stapled bundle. 9 pages, full colour, printed on one side–replicating the common sight of end of the night receipts collected and stapled at our favourite stores.

This collection of asemic writing brings us into the heart of our purchasing centered lives where our movements leave a paper trail. Kulemin, having picked up this paper we accumulate, has reengaged these non-creative sites of record with invigorating graffiti–in this case the language of exasperation, and hope. 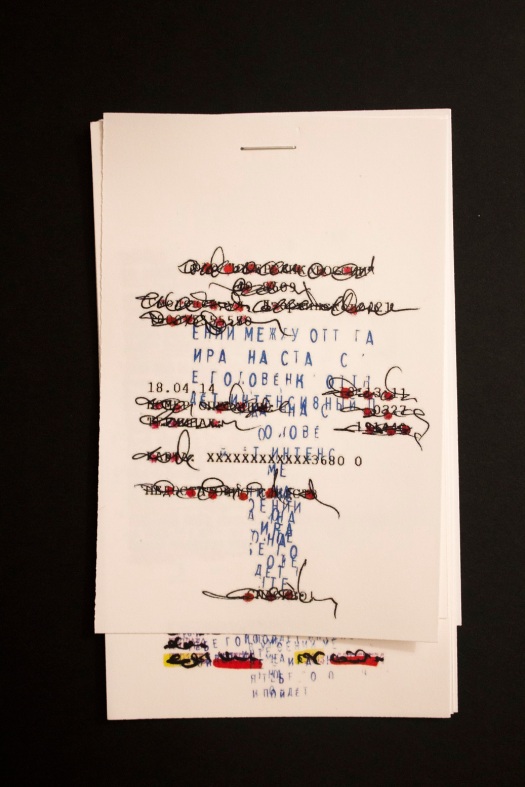 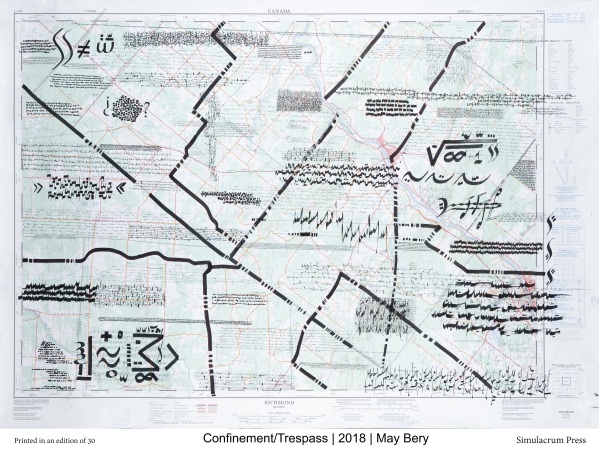 May Bery’s work Confinement/Trespass has been published in an edition of 30 broadsides (18×24″). Following the signs, the work has been folded similarly to a road map.

Using a map of Richmond, Quebec as a starting point and canvas/page, May Bery has intervened in and interrupted the placid function of the map with her asemic paragraphs and bold borders. The paragraphs create isolated language zones which in turn echo Arabic, mathematical signs (the universal language), and noise. Confinement/Trespass does more than suggest the tie of language to identity and identity to belonging–it asserts the presence of peoples, the feeling of trespass and the fact of diversity.