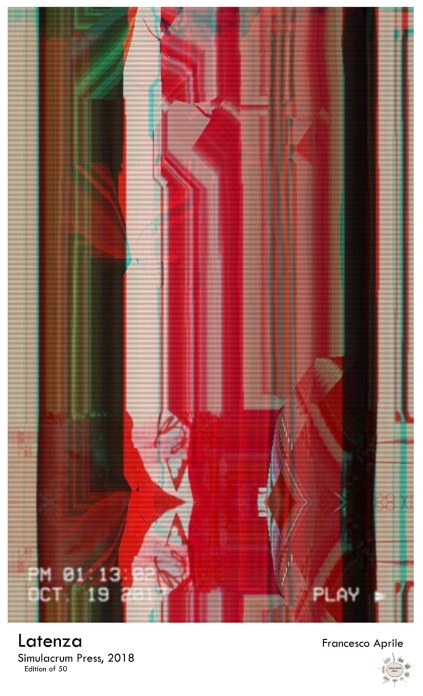 Latenza is a 8.5×14″ broadside by Francesco Aprile. It has been produced in an edition of 50.

In Latenza, Francesco Aprile’s glitch work harnesses the moment between desire’s push and the point of arrival, redefining that very point of arrival where the fulfillment of action has already gone too far. Considered in the field of visual poetics might this be an echo of the space between word and meaning, thought and writing? Suspended in the between where mood dominates, there is a sense of moving toward an ambient poetics.