Michael e. Casteels’ & Jetsam is a loose-leaf collection of letraset concrete poems printed on 4″x5.5″ pieces of 100lb cardstock. Published in an edition of 45 numbered copies.

& Jetsam is one half of a two-part visual poetry collection, with Flotsam (forthcoming from Timglaset) being the other half. Jetsam describes debris found in water deliberately thrown overboard by a crew in distress (often to lighten the load of a ship). The pieces for this collection were composed with a very limited set of Dry-Transfer sheets, which I purchased from Value Village. Presumably, they were donated by someone who was cleaning house, so in a way, the sheets themselves felt like Jetsam, floating through the thrift shop. The more I used each sheet, the fewer letters they contained, and the lighter they became. Now they are as transparent as the water on which a small vessel drifts slowly away, leaving these poems to be discovered by you. 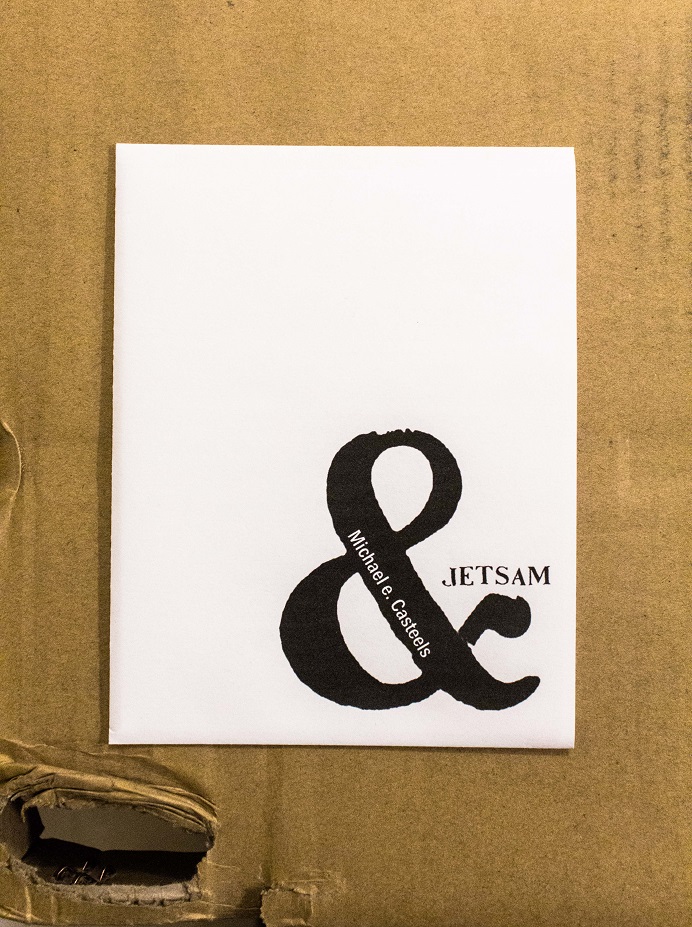 One Reply to “Simulacrum Press #27: ‘& Jetsam’ by Michael e. Casteels”